My friends run away toward the village in terror. The women who were drawing water at that nearby well and carrying it on their heads to the village, abruptly dropped the water shattering their gourd calabashes as they fled in terror.

“I stared at the snake’s angry furious eyes as its forked tongue stuck out. Its eyes were bulging out and green with rage. It was suffocating and annoyed with the pressure around its neck.  Thank God  the mbobo deadliest and fastest snake had not bitten me dead yet as I had grabbed it around the neck but just below its deadly mouth. Either I would die or the snake would die. I had to kill it. I squeezed its neck as  hard as I could 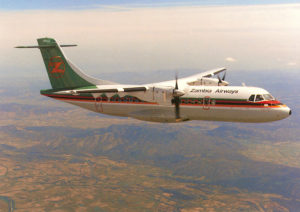 with all my power with my one small right hand. It continued wriggling and coiling itself around my little arm. The 11 year old small boy pressure was not enough to kill it.”

“At first I was stunned and frozen to the spot. I cried with panic, fear and anger. I cried with terror, because I was alone, helpless and abandoned by my friends to face certain death.  I felt power leave the rest of my body and collect in my right hand to help squeeze the creature’s neck. All of this might have taken a few seconds.  But I felt as if I had spent a whole hour in slow motion in this agonizing emotional condition.  The snake had not yet bitten me.  I had to think fast.  I felt my blood melt.  For the last time, I summoned all the strength to my right hand.  The snake coiled around my small arm once again.  With all my might, I hurled it about ten meters away and fled in the opposite direction, homewards.”

“Amama ineeeeee!!!!” Misozi cried out again flapping her hands on her wrists as she bounced on the living room sofa.

“The mbobo, the fastest and most poisonous African snake, recovered from its fall and within seconds, it was running after me, at my height with half of its body vertical to the ground.  I was light and used to running but I could not outrun a mbobo which is well known for its lightning speed particularly in bushes.  The dambo was plain with black soot and ashes all over.  It was the two of us and dust-ashes rose in our trail.  I have never run as fast as this in my boy life. Something had conducted a momentary coup d’etat of my body; instinct and reflex was conducting all the maneuvers.”

“I glanced back and there it was gliding at an incredibly fast speed with its small head just above my head, ready to strike me.  I ducked to one side and made a sudden sharp turn.  Staggering, I regained my balance and resumed running.  At that incredulous speed, the snake could not make sharp instant turns.  So momentum carried it forward and it stopped about twenty meters away.  By the time it turned around to resume its chase, I was forced to run in a different direction, away from village and where there was little likelihood of being rescued.  I avoided the snake’s lethal strike twice in this manner.”

“I was now tired and worn out.  I was giving up resigned to my fate.  My bank of extra energy had been exhausted.  I was hoping someone would save me.  Perhaps more miracles would happen.  The dangerous mbobo snake was still after me but it was probably also getting tired too.

There was a chiziba pond of water ahead of me surrounded by thick vegetation of creeping plants.  I was going to plunge into the water.  Maybe by sheer chance, the snake did not know how to swim.  Just at the edge of the water, I slipped and fell flat on the mud.  With its full speed, the snake slithered over me and plunged into the pool of dark water.  It would now come to finish me off with its deadly fangs.  I tried to rise, but my power was gone.  I had no strength to command my body.  I was stuck in the mud.  The world went black.”

“When I regained consciousness, I was in my father and mother’s house lying on a reed mat with a lot of people of the village who were obviously crying and sad. Some were mourning.  I started crying.  Surely, the snake must have bitten me. Why wasn’t I dead?”

“But later I learned that the snake did not return.  Maybe the water cooled its bursting heart after the giant race or maybe it had drowned.  People had flocked to the dambo instantly on hearing the alarming news. They had picked me up unconscious on the edge of the pond.  Expecting the worst, my father had torn into the bush immediately with an axe clinging to his broad shoulder.  He had brought a variety of herbs from the bush.  Some for treating snake bite.  I drank some of them.”

“Normally, I slept with the boys the mphala young men’s hut.  This night I slept with my two twenty and twenty-three-year-old sisters who were very strong from doing hard work in the field and home every day.    At night, I violently woke up with an ear-splitting scream.  I saw the huge, green eyed, menacing mbobo snake again.  This time, it was on the wall staring at me as if ready to charge.  One of the sisters grabbed me fast enough to prevent my running out of the house into the night.  She locked me, almost to a point of suffocation, in her strong arms against her bosom.

“No, there is nothing there,” she was soothing me like a baby.  “Absolutely nothing, not even an ant.  Just sleep, it’s all right.”

“Still crying, I dozed in her now tender and relaxed arms and slept.  She slowly put me down on my mat bed.  The same nightmare and hallucination and a dream of the snake, happened many times during the night.  Finally, on the third day, I was all right and returned to sleep with the boys in our hut.

“That was not even scary at all,” Tizaso responded obviously trying to put on a brave face in front of her little sister.