When I entered the tall Kwacha House  NAMBOARD Headquarters ground floor on Cairo Road for work that morning, the first person I saw standing was our smiling Office Orderly Mr. Mbewe. He quickly beckoned me to his office. He had some good news.

“Mukumbukila Ba Tembo (you remember), a few weeks ago you asked me to look out for a letter from a woman. I think this must be the letter. It is a woman’s handwriting,” Mr Mbewe said as he handed me the brown dirty looking small envelope. It had a Mwinilunga Post Office date stamp. My heart was suddenly beating very fast. My hands were shaking as I slowly opened the envelope.

14 January 1977
Dear Husband Tembo
I don’t know to write. Only know Kaonde. I ask friend to write for me. Coming to Lusaka to see you.  Nikukonda maningi Tembo. Meet in heaven forever.
Your Darling
Linda Jitanda

“Oh My God!! Abwera! (she is coming); Chipesha mano (one who kills a man’s brain), chipha dzuwa (sun killer), my brown sugar wanga, the one I think about day and night,” I muttered repeatedly staring at the empty ceiling.

“What? What Ba Tembo? What does the letter say? What does she say?” Mr. Mbewe asked as he peered around at my letter which was frozen between my hands in midair as he tried to see for himself what she had written on it. Mr. Mbewe impatiently snatched the letter from me.

“But Ba Mbewe, I am happy and annoyed,” I said as I hit my right first into my left palm several times. “She does not say when she is coming. Is 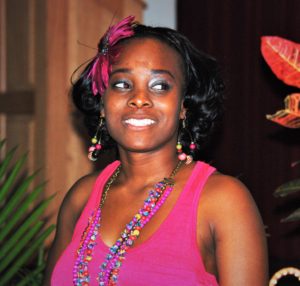 she going to come from the Great North Road from Kabwe direction, from Mumbwa Road, or from Livingstone from the Kafue Road?”

“It does not matter Ba Tembo,” Mr. Mbewe said. “What is important is that she is coming to see you.”

“Where will I take her? I don’t even have a flat. I can’t afford a hotel room. I can’t just take her to my uncle’s house because she is just a girlfriend and we are not even married.”

“You know, my wife and I have a tiny 2 room house in Misisi Compound. You can bring her there.  Me and my wife and 2 children will sleep in one room and you and her in the other room.”

“Really Ba Mbewe?” I said with a low soft voice. “I would not want to trouble you and your wife and family.”

“I know I have a small Office Orderly pay. That tiny house in Misisi Compound is all I can afford. Maybe she expects you to live Ku Mayadi (Middle Class home) since you are educated.”

“I told her when I met her at Sinjonjo Bar in Mongu that I have a degree from UNZA and work at Kwacha House at NAMBOARD Headquarters. I may have even told her I live in a beautiful flat. You know how it is with us men and girls and what we say to the woman we are attracted to”

“The offer is there for you Ba Tembo. If a woman loves you she should be able to go anywhere with you; even if you lived in a hole in a cave.”

“Thank you Ba Mbewe for your offer. Are you going to the Samora Machel Rally?”

“Let me go to my office to get ready to go too.”

The day of Samora Machel Rally was finally here. The “Thank You” massive rally was for Zambia’s support of Frelimo and Mozambique during the armed struggle for their independence against the brutal Portuguese colonialism. The rally had been publicized for weeks. Offices in Lusaka were going to close down. The general public and all workers were expected and encouraged to attend the rally.

Mrs. Lungu, Hamoonga and a few others from the more than 10 employees from our large NAMBOARD Personel Division walked together to the rally. We walked along Cairo Road past the Main Post Office, Rendezvous Supermarket, the tall Bank of Zambia building up to Mwaiseni Store. We then crossed the Cairo Road Southern end roundabout to the vast open Kafue Park. There was short grass, numerous short and tall trees that provided shade. A large crowd of ten thousand had already gathered there. The yellow and black strip United Bus Company (UBZ) Dubrava buses were ferrying singing United National Independence Party (UNIP) Youths, Women’s Brigade, and other UNIP party members. The UBZ buses were also ferrying rally goers from all townships and compounds in Lusaka.

Large company buses, trucks, small pick up trucks, mini vans, and some cars were also ferrying rally goers. There were many company vehicles and buses with their appropriate logos; Zambia Consolidated Copper Mines (ZCCM), Industrial development Corporation (INDECO), Dairy Produce Board (DBZ), Crushed Stone Sales Limited, Supa Baking Company Limited, INDECO Milling, Zambia Breweries, Lusaka Engineering Company (LENCO), Chilanga Cement, Zambia Airways, and many others. All the large buses and trucks were parked on the grass at the back far edges of the Kafue Park rally venue. Some people climbed the trees, others sat in trucks and yet others climbed on top of the large buses.

I climbed on top of the Supa Baking Company bus because it was parked strategically in the far end but middle of the park where I had a good bird’s eye view of the front podium or dais. After about an hour every meter or foot of the massive Kafue Park was jammed with over twenty-five thousand seas of black faces. Various choirs from schools and UNIP party groups from many constituencies sung to entertain the audience and party officials made announcements on the massive loud speakers. They coached the massive audience how to respond to Samora Machel’s rally political chants and other expressions.