Some of the most delicious meals that fed my soul were when I was growing up in my family. This was north of Chipata at Kasonjola School in the Eastern Province of rural Zambia in Southern Africa. My mother was a housewife. My father was an elementary school teacher. The family of 9; (3 boys and 6 girls) ate breakfast. This was usually mteteka porridge (close to yogurt porridge) cooked with peanut powder. Sometimes we ate bananas, bread, with hot tea. Lunch was nshima cooked from maize meal and another dish which could be beans, meat, fish, vegetables cooked with peanut powder. But dinner was always special.

My mother would cook dende, ndiwo, or ndiyo which could be vegetables with peanut powder, chilanda which are peas cooked and stirred into a paste, fish, chicken, or any of a half dozen different types of dendes of ndiyos. She would then cook the nshima staple meal in large pot on the fire place outside the house at about 18:30 hours or 6:30pm when it is just getting to be dusk. The entire family would gather. My dad and the 3 boys would be served our meal thirty feet away from where my mother and the girls were also eating their meal. This was usually about 19:00hours or 7:00 pm and the huge bright moon would rise first casting long shadows. The moonlight would rise by the minute as we ate the delicious meal. The meals were always so delicious and exquisite.

Soon the dinner was over. We the children cleared the dishes. The moon was getting brighter as it rose higher away from the horizon. Some of the youngest children were already sleeping. The serene bright moonlight was only broken by the night bird that seems to only sing when the moon is bright. The bird sings probably every five minutes saying: 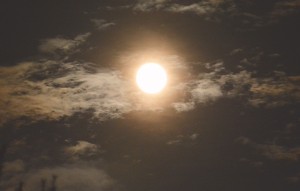 The bird sings this song for a while then it might pause for over an hour before it resumes the singing. Nobody has ever been able to see this bird. My parents shared family stories about all the significant people who were relatives in the family, village, and both my mother and father’s clans. We laughed a lot. Sometimes we took out the transistor radio and listened to radio plays. Sometimes the younger children were whispering and would run across from one corridor to behind the house playing hide and seek in the moonlight. The soul was so saturated. I did not know it at the time. Life was so good.

by Mwizenge S. Tembo, Ph. D. Professor of Sociology Introduction. You can use plastic, metal,...